So now, I will continue with the series on the various abuses in this world. The next abuse that I want to talk about is alcohol abuse. 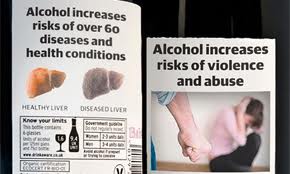 “Alcohol abuse is a disease. It is characterized by a pattern of excessive drinking despite the negative effects of alcohol on the individual’s life.

Alcohol abuse affects the work, health, educational and/or social lives of the person who drinks . The individual who abuses alcohol tends to continue to use it despite the obvious negative consequences, including increased incidences of domestic violence. Many risk factors for developing a drinking problem include low self-esteem, depression, or other mood problems, as well as having parents with alcoholism.”

Many alcoholics do not even realize that they have a problem, especially if they had parents that drank excessively. People who have been raised with parents who abused alcohol feel that it is perfectly normal to drink. Just like people who are raised in abusive home environments do not realize that they are abused. These behaviors become acceptable, despite the detrimental effects on the families involved. Many teenagers begin drinking as their parents drink. Many teenage deaths due to automobile accidents are alcohol related. Amazingly, many teenagers associate fun with alcohol. This is due to the alcohol lowering their inhibitions which in turn causes some behaviors which would have been avoided if alcohol was not involved. Consequently, excessive alcohol not only affects the health of the individuals drinking, but it affects the lives of the many family members involved…

7 thoughts on “Abuses of this world, part 10: Alcohol Abuse”